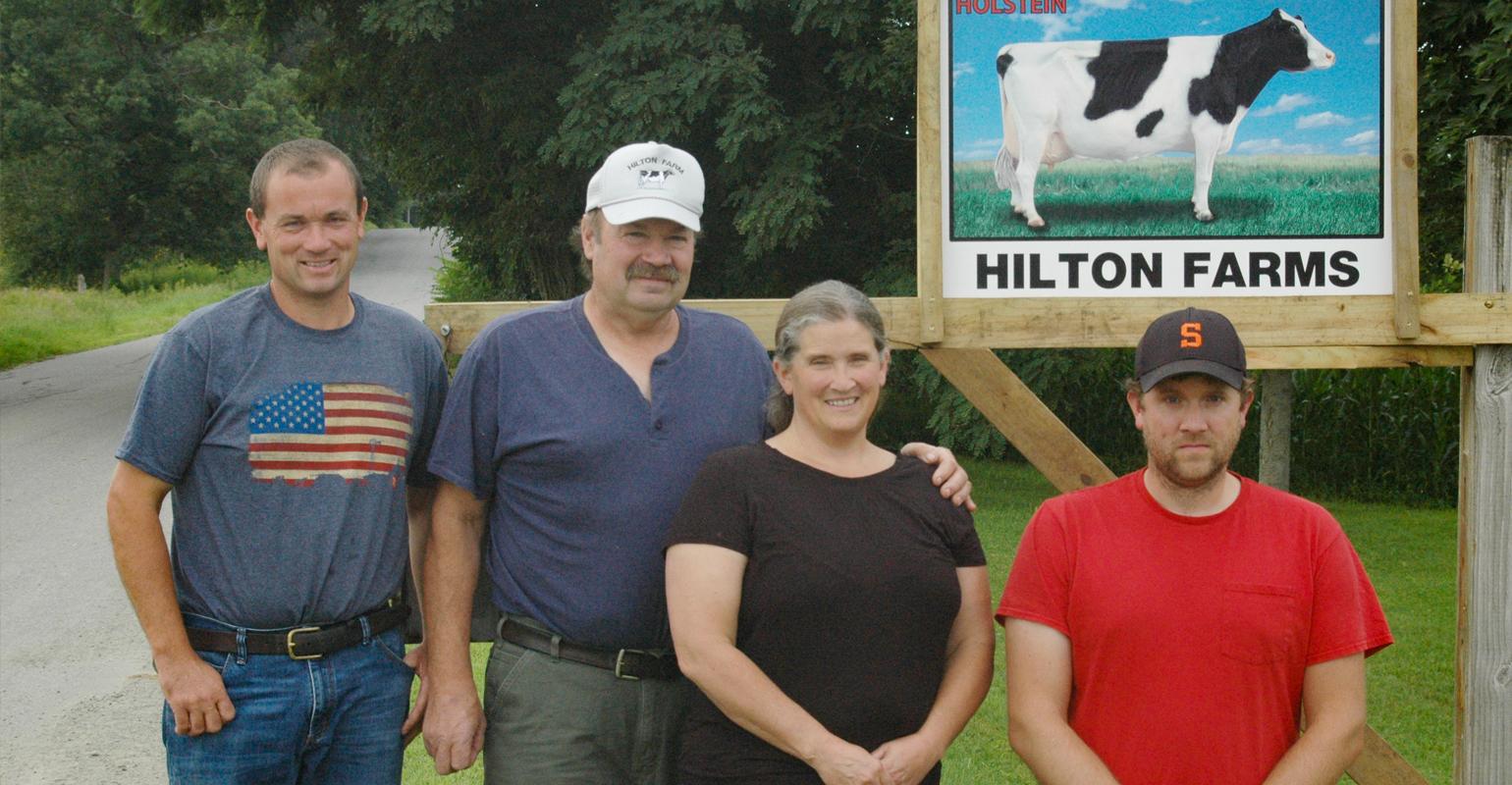 Jim Hilton talks to cows. Actually, he says, they do most of the talking.

The Norridgewock, Maine dairy farmer explains that transponders on each of his cows continuously send information to his computer for analysis. Thanks to this technology, Jim and his family and farm crew can track a cow’s temperature, overall health and other critical information.

“Who would have thought someone could come up with an algorithm that takes information from a cow’s ear?” he says with a chuckle. “It’s almost like the cow is talking to you!”

If this were a two-way conversation, Jim would tell that cow the latest news:  Hilton Farms has been named Maine’s Dairy Farm of the Year as winner of the 2018 Green Pasture Award, given every year to one outstanding dairy farm in each of the New England states. Winners are evaluated on production records; herd, pasture, and crop management; environmental practices; contributions to agriculture and the local community; and overall excellence in dairying.

Hilton Farms, owned by Jim and Elizabeth Hilton, has been a local landmark since it was purchased by Jim’s grandfather, Ralph, in 1927, but the Hilton family has been in these parts since their ancestors arrived on the Fortune, which landed in Plymouth a few weeks after the first Thanksgiving.

Back in the 1920s, the operation was a diversified farm with prize-winning sheep, chickens and work horses used for a lumbering operation. In 1949, the farm started commercial dairy production, and a few years later, Jim’s dad, Frank, purchased the farm, milking about 45 cows becoming one of the first dairy farmers to convert from milk cans to bulk tank milk.

Thanks to this and other innovations, Frank made Hilton Farms a Green Pastures winner in 1969.

Enter Jim, who after college and a 13-year career in construction returned to the farm, taking over the operation in 1993.

There have been lots of improvements in the past 25 years. In 1995, a new milking parlor was added, a new barn built in 1997 and an updated milk room added in 2001.  Jim, who works with his wife Elizabeth, and sons Jesse and Alex, has also adopted several energy efficiency measures so that the farm’s power bill is similar to what it was in the 1990s.

Automation is key in operating an efficient dairy farm these days, says Jim. It includes a new computerized grain dryer and storage bins for their crop, and Jim fondly recalls when his father, at the time legally blind, was able to drive the new chopper since it was equipped with an automatic steering feature.

Jim is proud of his Green Pasture win and was pleased to tell his father before his passing in June that Hilton Farms had once again been nominated.

“We were quite surprised. You spend so much time on your own operation, you don’t get a chance to see what’s happening on other farms,” he says. “We were very happy to win.”