Meet the 2017 New Hampshire Dairy Farm of the Year! 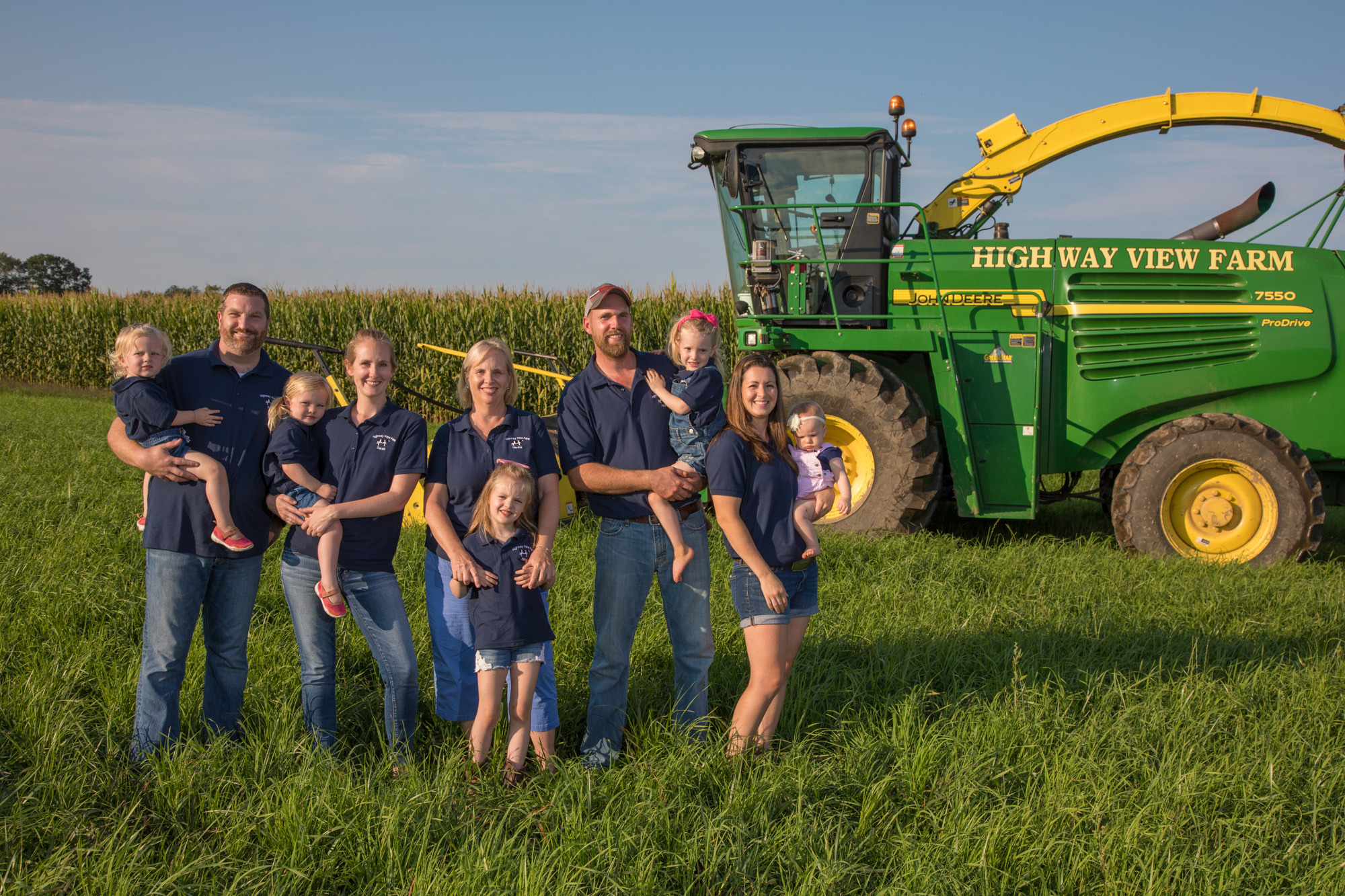 Adam Crete and his wife, Patricia, with their three little girls, may live down the road from Highway View Farm, in Boscawen, but you can be sure the place is never far from his thoughts.

Any dairy farmer will tell you that dairying isn’t just a job – it’s a 24/7 commitment, a life Adam knows well having watched his dad take over his own father’s farm. The elder Crete passed away in 2008, but there’s no doubt he’d be proud of Adam’s most recently accomplishment, as a Green Pasture award winner.

Highway View Farm has been named New Hampshire Dairy Farm of the Year, and as Adam explains, “It’s great to be honored like this, since we do put in a lot of work on the place.” The Green Pasture Award is given every year to one outstanding dairy farm in each of the New England states, with winners evaluated on production records; herd, pasture, and crop management; environmental practices; contributions to agriculture and the local community; and overall excellence in dairying.

Highway View Farm was purchased by Adam’s grandfather, Edgar Crete, in 1958. Edgar built the milking facility that is still in use today.  Over the years, there have been plenty of improvements, the most recent being an automatic calf feeder of which Adam is particularly proud. The feeder allows the calves to eat on their own schedule, mimicking nature.  Past land purchases have brought the total tillable acres to approximately 500, but the fact is, Adam has adopted no-till practices on about 460 acres. It’s a smart move: by eliminating tilling, he’s preventing soil erosion, conserving soil moisture, reducing herbicide costs, and reducing labor hours and fuel expenses.

Adam has overseen the farm since his father’s death almost 10 years ago, when he took over all managerial responsibilities of the farm, becoming the principal operator.  In 2011, he became a co-owner along with his mother, Martha, and his sister, Sarah, who live in the family farmhouse on the property.

This family operation is characterized by a push for innovation and improvements. Adam added a cooler in the milk house to cool the milk more rapidly, saving energy and increasing milk quality.  After installing the cooler, a reservoir tank was set up for the farm to allow re-use of water, and to save even more energy, fluorescent bulbs were installed in all barns.  Adam even began using microfiber towels in the milking parlor to increase cleanliness and reduce the costs of disposable paper towels.

Two years ago, a remodel of the calf barn included eliminating individual calf stalls for group housing, and the new automatic feeder is expected to improve growth and calf health.

With all the chores, Adam continues to be involved in local community life. He is a member of the Merrimack County Farm Bureau, New England States Holstein Association, and Boscawen Congregational Church. Adam received the NH Farm Bureau Young Farmer’s Award in 2014 and the Merrimack County Conservation District Cooperator of the Year in 2016.  In 2011, Dairy Farmers of America conducted the training session for their area representatives for Gold Standard Dairies on Adam’s farm.  After the training, The Highway View Farm was awarded the first Gold Standard rating in New Hampshire.

Hard work and innovation make an award-winning farm, of course, but what’s also needed is a family’s daily commitment. Almost 60 years after grandfather Edgar started dairying on these acres near Interstate 93, his grandson marks the end of each day making the trip down the road to his own home, knowing that another good day’s work is done on Highway View Farm. 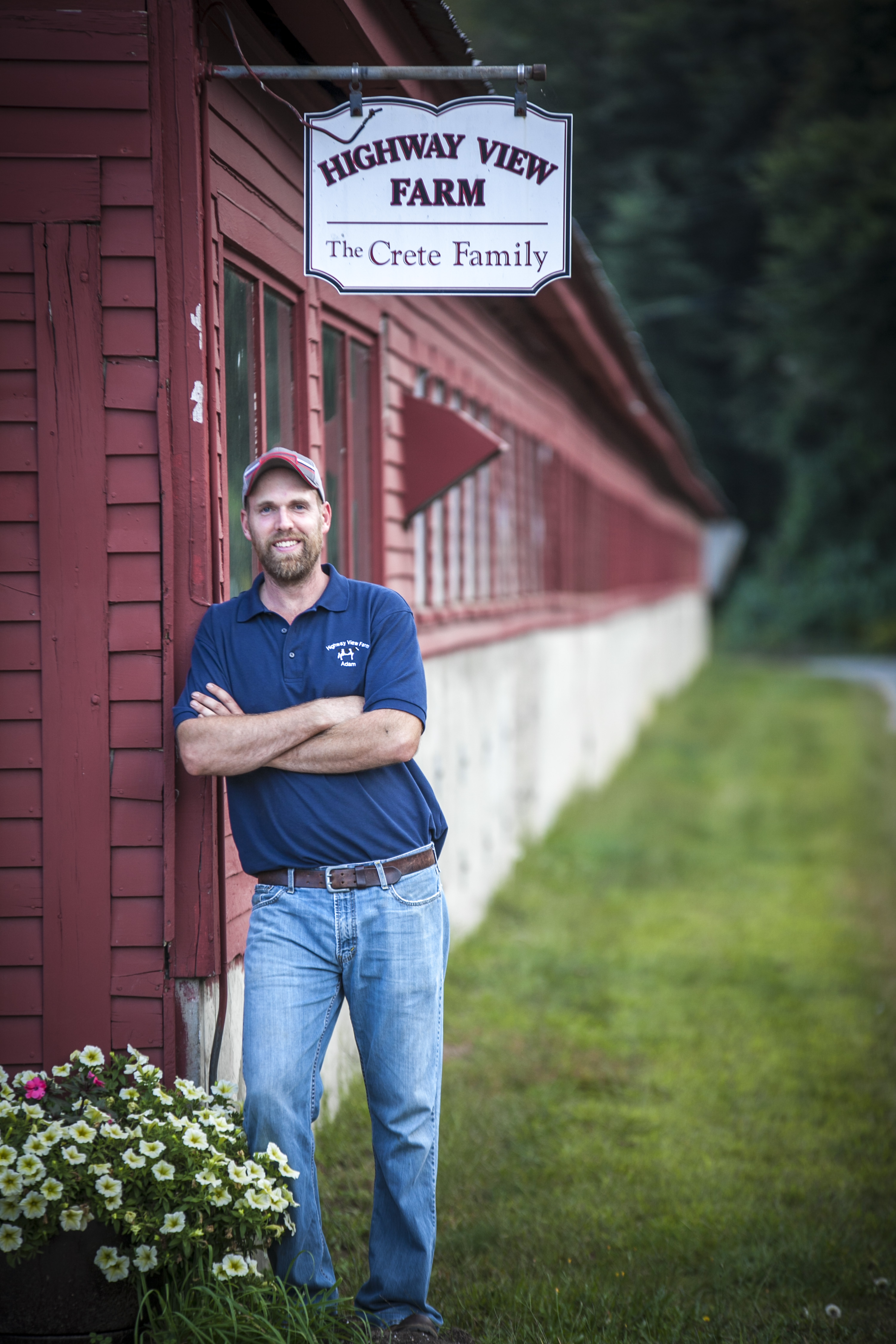