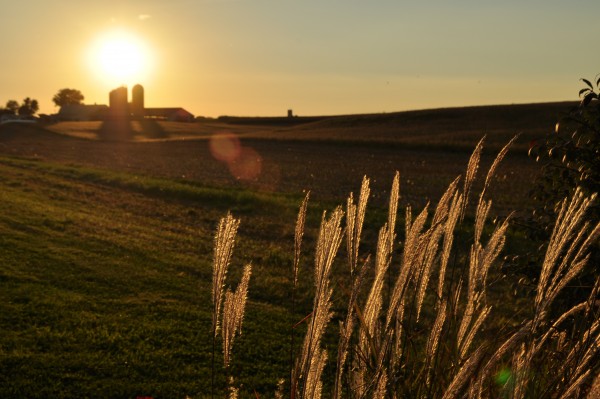 It’s hard to argue with a dairy farmer, when he or she tells you that if the sun sets behind clouds on Thursday, it will rain before Sunday.

New England dairy farmers – and the rest of the folks across the country who farm for a living – may have the inside track on growing seasons, animal behavior, the weather, and just about everything else that happens from sunrise to sunset. After all, they’re close, personal friends with Mother Nature, so who are we to argue?

We’ve trolled the web to find some words of wisdom from farmers near and far. Enjoy!

Plants of darkness (root crops, such as carrots, beets, potatoes, etc.) should be planted in the dark of the moon, or they’ll go all to tops.

Singing in the milkshed prevents milk from flowing.

If there’s sweat on the outside of a metal watering trough, it’s going to rain.

Thunder in February means there will be frost in May (another version says April).

For every fog in August, there will be a snowfall the following winter.

Cattle or cows resting on high ground are omens of fine weather.

Life is simpler when you plow around the stump.

If it rains on Easter Sunday, it will rain for seven Sundays.

A dream told before breakfast will come true.

Expect fine weather if you hear a cow hitting its tail against a fence.

If you sweep under the bed of a sick person, that person will never regain his strength.

A green Christmas = a white Easter.

Frost is out of the ground when you hear the first frogs.

Plant corn when the oak leaves are as big as a squirrel’s ears.

An old horse, an old dog, and an old farmer have much in common: they are slow but wise.