During the summer, there are hundreds of ice cream stands to visit and flavors to try throughout New England. For those of us from Vermont, the quest to find the perfect maple creemee is a summer-long mission, even obsession. If you live in Vermont and don’t express your love of creemees, you may risk being publicly shamed. Okay, maybe not, but Vermonters take creemees very seriously. 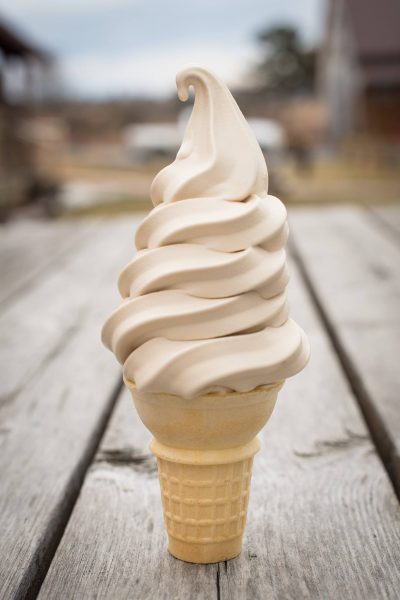 So what is the creemee craze all about? Here’s the scoop:

What is the difference between ice cream and a creemee?

Outside of Vermont a creemee is synonymous with soft-serve ice cream. Soft-serve and the creemee, with its uniquely curious name, gets its consistency because it has more air forced into it when it’s frozen than regular ice cream does. It also has less milk-fat (3% to 6%) than ice cream (10% to 18%), and is produced and stored at a warmer temperature compared to ice cream (about 20 degrees warmer).

What’s in a creemee?

To a maple purist, the perfect creemee is made with only a few fresh local ingredients, starting with local milk. More than half of the milk made in New England comes from Vermont, so creemees are considered a local food! More reason to indulge!

In Northern Vermont, the St. Albans Cooperative Creamery makes the creemees for 25 different ice cream spots. Their recipe is super simple: liquid cream, condensed milk, pure cane sugar and a stabilizing agent. When the creemee mix is delivered to the shops for sale, flavors are added like real maple syrup.

Fun Fact: The milk used for the cream travels from the St. Albans Co-op’s nearly 400-member dairy farms to the top of a creemee cone in less than two days!

Where did the name creemee come from?

This seems to be an ongoing debate. Some people think that it comes from its creamy texture. Another theory is that because Vermont is so close to Quebec, Canada that Vermonters borrowed the Québécois term for ice cream — crême glacée.

What are some other names for creemees beside soft-serve?

Where is the best creemee in Vermont?

There are over 400 creemee stands in Vermont, and I’m still in the process of trying all of them to determine the best of the best – it’s a life-long call of duty. You’re welcome. Where I live there is a shop called I.C. Scoops in Stowe, Vermont that was recently voted by the town newspaper to have the best creemee. I agree they are definitely the “cream” of the crop!

Check out this Vermont Creemee Stand listing that you can sort by rating.

No matter what you call it, or where you get it, don’t miss out on this delicious way to support a local dairy farmer during National Ice Cream Month in July and all summer long! 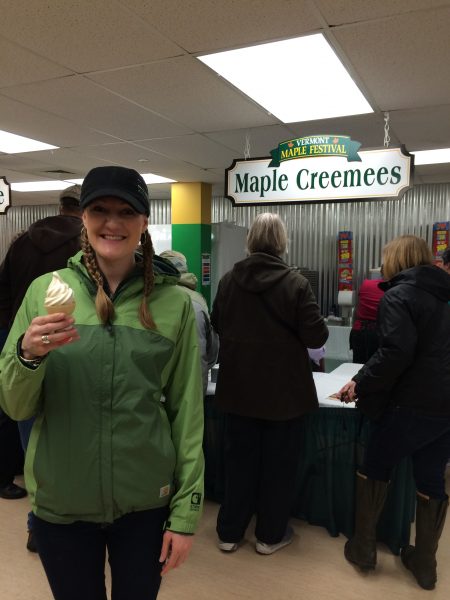