For a kid who grows up on a farm – the wide open spaces make for an ultimate playground, and ultimately a long list of chores to do (that they will complain about). But, it’s not just about knowing how to milk a cow – these Moms say that raising their kids on the farm has taught their kids valuable life lessons that shape them into better people. The best part? Raising kids on the farm means working together as a family every day.

Skills Learned at a Young Age
Joanna Lidback of The Farm at Wheeler Mountain in Barton, VT

Thomas and Eli may be young but they’re learning skills as engineers, mechanics, and cow nutritionists (all jobs of a farmer!).

“One of the coolest things is how quickly the kids pick up and understand what we’re doing – whether it’s driving a tractor and watching the wheels move the equipment around, to how we feed the cows. They don’t hesitate to pick up a grain scoop or some hay because they know the cows have to eat just like we do.”  – Joanna Lidback 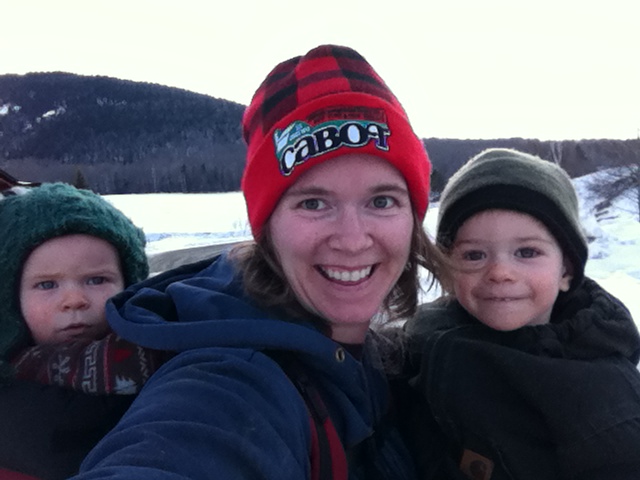 “I’m excited for them to learn not just the sense of responsibility that comes from taking care of animals, but also the rewards that come with it.” – Joanna Lidback

Amanda has been through the teenage years with her three kids – Meghan, Jamie and Bradley. With it comes some tough battles about doing chores on the farm, but also some big life lessons. 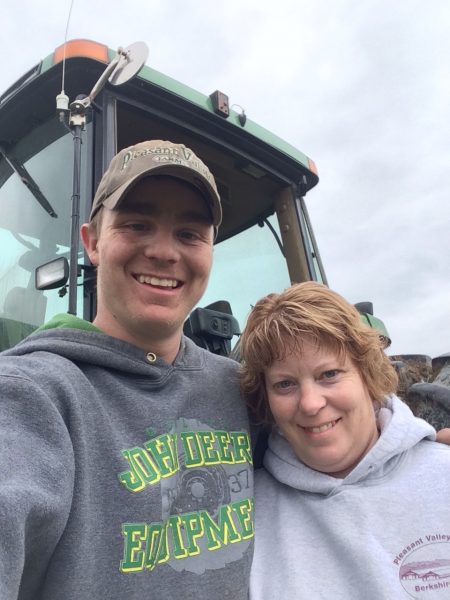 Amanda is used to these familiar phrases: “Everyone else is out having fun. Our friends don’t have to work as hard as we do. Why do we have to get up so early to feed the calves.”

But she says that every time her kids finish their chores they have a sense of pride and self confidence that they achieved something worthwhile. 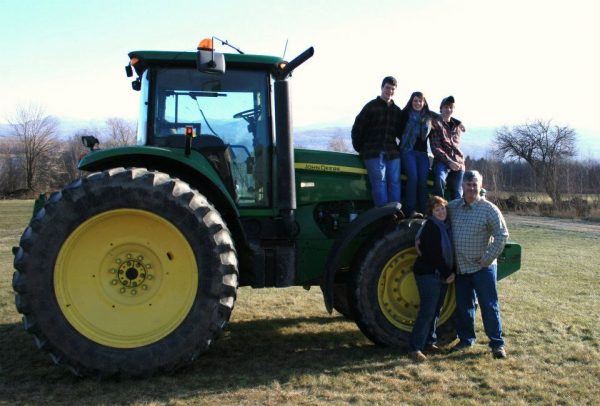 “We have seen our children face tough choices and situations, and they have credited their childhood on the farm for making the difference. Wherever our children end up, on the farm or doing something totally different, they’ll take the lessons of growing up on the farm with them…they appreciate the passion we have for what we do, and the determination to always make it work.” – Amanda St. Pierre

Spring and Summer on the farm means that at some point your cows are going to figure out how to get out of the pasture, says Amanda from experience.

“Repeatedly our kids (and their dates with no farm experience) get the call at night to go find the cows. Sometimes it involves ATV’s but more often their feet and a lot of sweating!” – Amanda St. Pierre 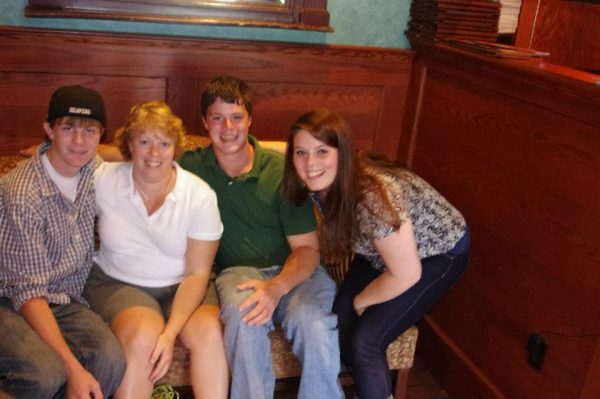 Stephanie loves that her young boys, Rowdy and Remy, spend their days with their parents, aunts, uncles, and grandparents (even a great-grandfather) on the farm. They love being with the animals and pretending to be farmers themselves. 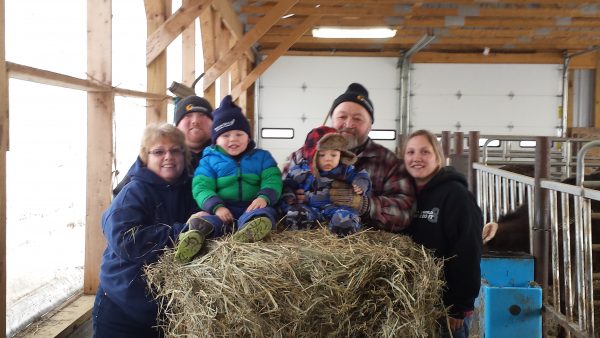 “Rowdy has a play farm at home and he talks about his cows being in heat, he trims their feet and wraps them with band aids. Just listening to him on his play farm makes me laugh quite often! The things he picks up and learns is amazing!” – Stephanie Pope 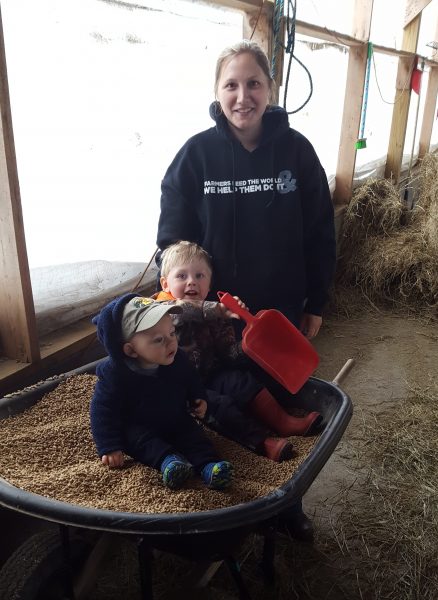 Karie’s daughter, Maggie, is a little over a year old and has been going to the barn since she was four days old! Amazingly, she hasn’t been sick once since she was born.

“I used to carry my daughter on my back until she got too heavy, now we have the playpen, a swing and the changing table down at the barn,” Karie said. 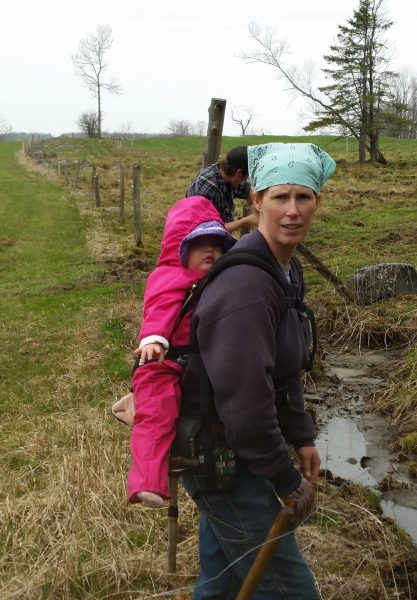 “I love Maggie’s expressions. She’s at that age where everything fascinates her. Even though it slows me down and is often more tiring on the body, I love it,” Karie said. 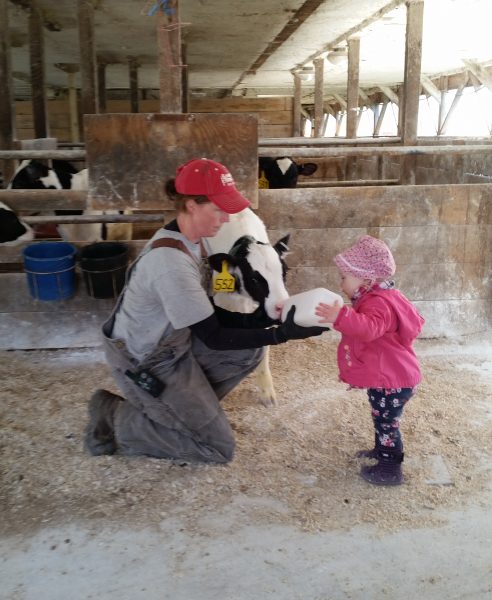 “I wouldn’t trade it for anything in the world, it makes me proud that she wants to go to the farm and I can teach her strong morals and ethics from an early age.” – Karie Thompson Atherton 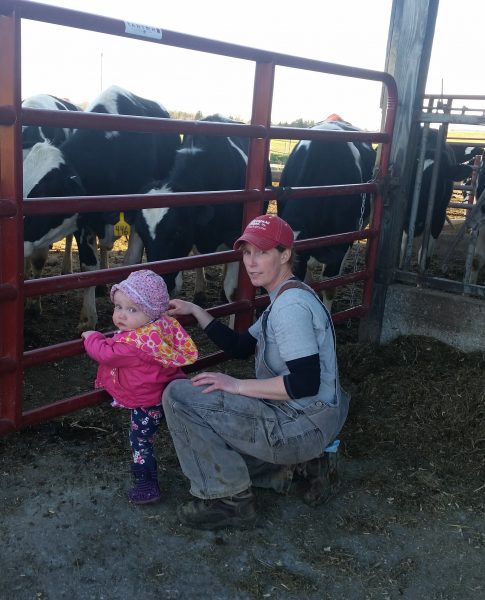